A murder most foul – 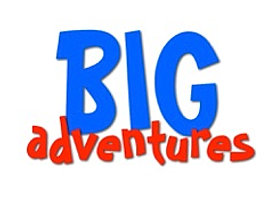 Our club organised another successful ‘Murder Mystery’ on Friday last week (17th Feb)  – and we raised over £1000 towards our international centenary project.

Almost 100 club members and their families and friends came along to St Nicholas’ Church hall to be ‘entertained’ by members of the Bid Adventures Theatre Company. This new murder mystery was called ‘Murder by the Book’ and was performed with skill and wit by five members of the company. There were six at the beginning of the evening but one of them ….. (ah well!) They performed a number of scenes and in between these they came amongst us, in character, and answered questions we put to them with honesty, indignity and indifference! We had to work out who had performed this dastardly deed, why and by what means.

Part way through we had a fish-and-chips supper bought from the local chippie and it was a very tasty meal. A bar had also been laid on.

Together with the raffle takings we raised well over £1000 towards our centenary project.

This entry was posted in General. Bookmark the permalink.